SpaceX Adds Two Recovery Ships, at Least One to be Used for Inspiration4 Mission

SpaceX has added two ships to its recovery fleet and even named them after astronauts from the National Aeronautics and Space Administration (NASA).

At least of the two latest additions to the recovery fleet will take part in the recovery efforts for the Inspiration4 mission.

SpaceX's Inspiration4 mission, the company's all-civilian mission, is scheduled for launch on September 15. 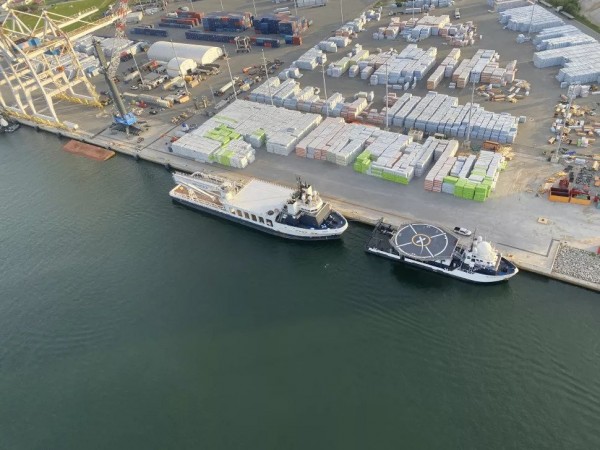 SpaceX has added recovery ships to its fleet that the company has named after NASA astronauts.

These recovery ships are known as "Bob" and "Doug." They are named after the two NASA astronauts "who were the first to fly inside a crew Dragon spacecraft," according to a report by Space. They are Bob Behnken and Doug Hurley.

The two astronauts took part in the Demo-2 mission, which was SpaceX's final test flight for its commercial crew program. The Demo-2 test flight was launched on May 30, 2020, and was a success.

Per the Space report, both "Bob" and "Doug" used to be platform supply ships that have been modified by SpaceX. One of these modifications is the addition of a large crane that can be used to pull objects out of the water.

"Bob" and "Doug" can also tow drone ships to the sea.

According to the report by Space, SpaceX's recovery fleet is composed of ships with different purposes. Some ships are used to catch first-stage boosters, while some are used to collect falling fairings.

Per the report, "Bob" and "Doug" are expected to be able to perform a variety of tasks, including those this article has just mentioned.

At least one of the two latest additions to the fleet will also take part in the recovery effort of the upcoming Inspiration4 mission.

According to the report by Space, "it's unclear whether or not 'Bob' will play a role in the Inspiration4 mission, but 'Doug' was spotted doing sea trials this week prior to departing the Port for the recovery zone.

Inspiration4 Mission to Launch on Sept. 15

SpaceX's upcoming Inspiration4 mission is set to make history on September 15 as it will be the company's first mission with an all-civilian crew.

Proctor and Sembroski were selected from a global contest, while Issacman purchased the flight in an effort to raise money for St. Jude Children's Research Hospital, where Arceneaux works.

As of press time, the latest update from Inspiration4's Twitter account says "With the #Inspiration4 launch now just 3 days away, weather conditions are 70% favorable and we've narrowed our launch window to 5 hours beginning at 8:02 pm EDT on 9/15."

SpaceX Inspiration4: First Fully-Civilian Crew to Make History in Sept. 15, A Month Away from Launch