Elon Musk Wants US and China’s Cooperation on Space Missions, Would It Be a Collab for SpaceX, CNSA?

Elon Musk wants "some cooperation" from the US and the Chinese government with regards to the journey and preparations in going to space, something which is extremely popular these days. It is known that NASA and the US are some of the most popular in the world, but other countries like China are already catching up with their science and innovations.

Earlier this year, China was the only other country that has deployed its rover on Mars known as the "Zhurong" spacecraft, which also aims to study the Red Planet. However, other countries like the Soviet Union, India, ESA, and the US have sent their spacecraft to Mars as well and studies the foreign planet. 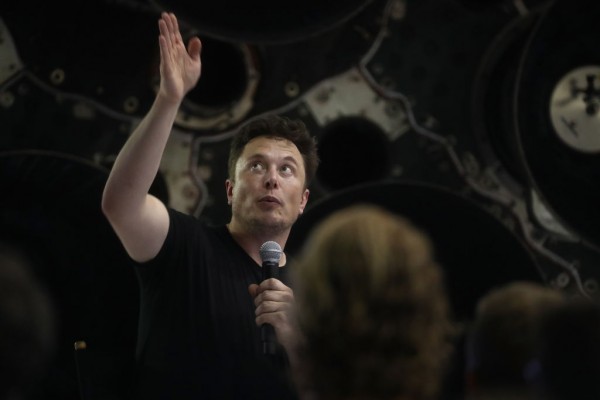 (Photo : Mario Tama/Getty Images)
HAWTHORNE, CA - SEPTEMBER 17: SpaceX CEO Elon Musk speaks in front of rocket components at a press conference where he announced the Japanese billionaire chosen by the company to fly around the moon, on September 17, 2018 in Hawthorne, California. If the project is successful Yusaka Maezawa would become the first private citizen to fly around the moon.

The SpaceX CEO and internet-appointed "imperator of Mars" have spoken, and according to Elon Musk via Twitter (@elonmusk), there should be international coordination between the US and China. Musk said it could be "some" cooperation but still wants a collaboration between the two countries who are known for their recent space missions.

Some amount of cooperation would be good

SpaceX is known themselves as aiming to go to Mars with their ventures with the Starship, something which the company is testing out now for the world to see. Moreover, it would soon make its full-stack test flights with the Super Heavy Booster rocket, which could reveal the timeline of SpaceX's Mars mission.

Read Also: SpaceX Starship Render Doesn't Have the New Flap Position, Musk Confirms it Would be 'Smaller and More Leeward'

SpaceX and CNSA may collaborate as well, and it would be possible as the Musk company is known to carry out different missions for space agencies or private companies. It could be a satellite sent to orbit or a payload to orbit, as commissioned by the Chinese space agency for SpaceX to soon carry out.

However, it is important to note that the collaboration is not yet happening, nor are there insider leaks or speculations about it. This was only one of the possibilities with regards to SpaceX, as its CEO has spoken about his opinion on having a collaboration between the two countries.

NASA and the CNSA have no known collaborations yet, unlike its partnership with the ESA, JAXA, and other countries. The only collaboration up to date was with the exchange of information among the international space community and to bring new data with regards to the Mars mission that both countries are involved in.

Initially, NASA's Bill Nelson has congratulated the CNSA for its successful landing of the Zhurong rover, but it did not amount to any major collaborations yet.