Volkswagen ID.4 has achieved a massive award and it is from the Insurance Institute for Highway Safety (IIHS) and it is with the Top Safety Pick+. This is a massive award for the electric vehicle as it has not been that recognized for any safety awards as much as Tesla has been, as well as previous vehicles from Honda, Mazda, and more. 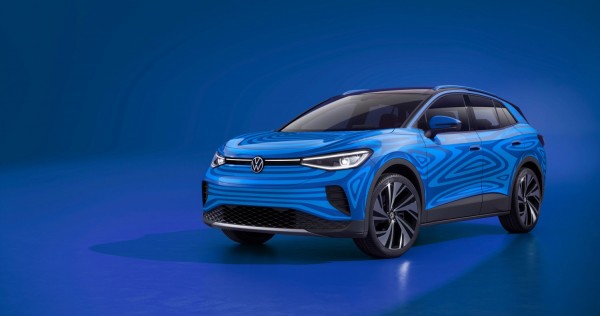 The 2021 IIHS Top Safety Pick list has been released, and it is a massive win for Volkswagen, as it has different models of its vehicles included like the ID.4 electric vehicle and the small SUV VW Tiguan.

However, that is not the biggest news for Volkswagen, as its ID.4 EV platform has received the "highest accolade" from the highway safety organization that has ranked the vehicles. Of course, this is a massive recognition for Volkswagen despite the organization not being the official agency that checks on the safety of vehicles.

IIHS is still recognized by many agencies and organizations for the tests and awareness that it brings for vehicles, as well as drivers that look at reviews when choosing a new one. 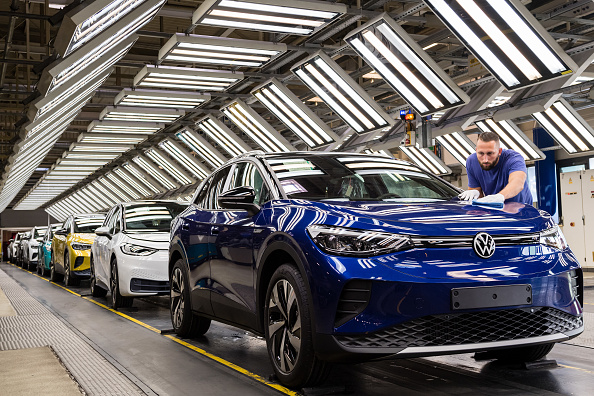 (Photo : Photo by Jens Schlueter/Getty Images)
Workers assemble the new Volkswagen ID.4 electric sport utility vehicle (SUV) at the VW factory on September 18, 2020 in Zwickau, Germany. Volkswagen will officially present the ID.4 towards the end of September. In addition, Volkswagen also produces the smaller ID.3 at the Zwickau plant.

Past Winners of the IIHS Top Safety Pick 2020

In the past 2020 Top Safety Pick by the IIHS, there has been a massive takeover of imports or Japanese cars in the list. Included there are Honda, Mazda, Nissan, Lexus, Subaru, and other Japanese makes. It still included the likes of Ford, Audi, BMW, Mercedes, Volvo, and Tesla's Model Y.

Some of these car companies' vehicles also made it to the 2021 list, especially that of the Honda Civic and the Mazda 3, which are top-rated vehicles globally.

Nevertheless, it is Volkswagen that topped this year. 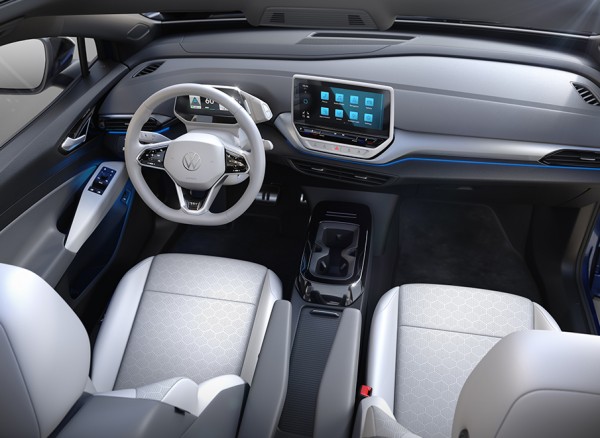 Volkswagen is known to be the parent company of multiple vehicle companies, including Buggati, Porsche, Audi, SEAT, Skoda, and more. It has committed itself to be exclusive to electric vehicles by 2035, and it may be a little later than the goal of other companies with 2030 as their target, but at least it aims to change.

Tesla is a known friend and competitor of Volkswagen with its electric vehicle line. Last year, Hebert Diess, CEO of VW invited Elon Musk whilst he was in Germany. Here, they test drove the VW ID series and has compared their EVs with the Tesla Model Y, having a healthy relationship between the two companies.

But what is most surprising is that, even though Tesla nabs the NHTSA approval for being one of the safest cars in production today, it was not included or considered for the IIHS Top Safety Pick for this year.