#TechCEO Jensen Huang: NVIDIA CEO is One of Time’s Most Influential People of 2021

It goes without saying that technology has gone a long, long way since 1993, the year Jensen Huang co-founded NVIDIA.

His company has since been at the forefront of the design and manufacture of graphics processing units (GPUs). NVIDIA has also ventured into creating chips that are geared towards non-graphics tasks.

Those chips have eventually opened doors as far as artificial intelligence (AI) is concerned and have already been used for self-driving cars and robots.

Despite all the success of NVIDIA and a net worth Forbes has valued, as of writing, at $19.4 billion, Jensen Huang has not forgotten to give back to those who have helped him be who he is today.

Here is everything you should know about NVIDIA CEO, president, and co-founder Jensen Huang:

Jensen Huang was born in Taiwan on February 17, 1963. According to the Forbes profile on the NVIDIA CEO, he eventually moved to Thailand as a child, but he and his brother were then sent to the United States due to the civil unrest in the Southeast Asian country.

Per Forbes, Huang's aunt and uncle ended up sending him to a boarding school for troubled youth in Kentucky after mistaking it for a prep school. He was tasked to clean the boys' bathroom every day after class while in the boarding school.

Co-Founder, President, and CEO of NVIDIA 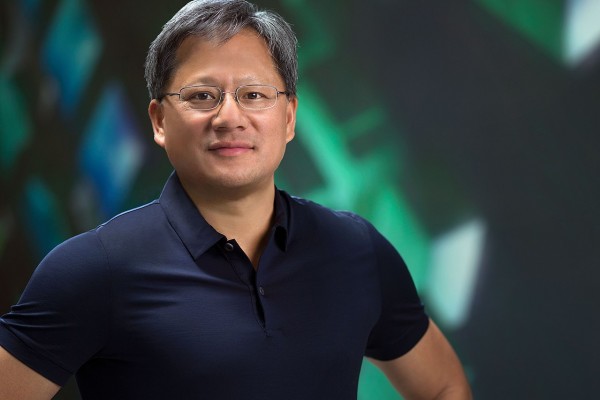 Jensen Huang co-founded NVIDIA in 1993 and has since been the company's president and CEO. He is also a member of NVIDIA's board of directors. Prior to founding NVIDIA, he worked for LSI Logic and Advanced Micro Devices.

According to the NVIDIA website, the "company's invention of the GPU in 1999 made possible real-time programmable shading, which defines modern computer graphics, and later revolutionized parallel computing."

NVIDIA has since ventured into GPU deep learning, which in turn ignited AI. NVIDIA's GPU has then become "the brain of computers, robots and self-driving cars that can perceive and understand the world."

Related Article: Graphics Card Tech Specs Explained: What Do They Mean, And Which Ones Matter the Most?

Jensen Huang was recently named one of Time Magazine's 100 Most Influential People of 2021. He joined the likes of Apple CEO Tim Cook and SpaceX and Tesla CEO Elon Musk, who have also been included in the prestigious list.

Despite the massive success of NVIDIA and the many awards, accolades, and even honorary doctorates that came with it, Jensen Huang has not forgotten to give back to the institutions and people who have helped him reach success.

Graphics Card Tech Specs Explained: What Do They Mean, And Which Ones Matter the Most?