PlayStation Reveals 5 Most-Played PS VR Games — Can You Guess What They Are?

PlayStation VR has reached a very important milestone. Can you guess what it is? If you guessed that it has reached its fifth anniversary milestone, you got that right.

With the many video game options for the PS VR, it might be easier said than done to guess which five games are the most-played. To help you out, here's the complete list of the five most-played PS VR games: 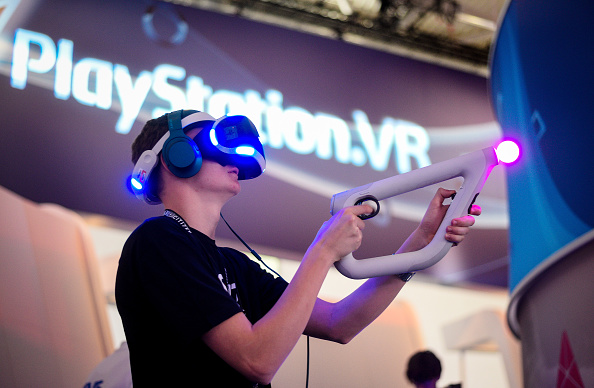 "Rec Room" happens to be the most-played PlayStation VR game in Europe and North America. The game, which is published by Rec Room Inc., is an online video game that has an integrated game creation system.

It was first released for Microsoft Windows in 2016 before it was released for the PlayStation 4 with PS VR support the year after.

According to the "Rec Room" official website, the game is free for Android, iOS, PC, console, and of course, the PlayStation VR. The game is actually free and lets players build and play games together.

"Beat Saber" is a rhythm game developed and published by Beat Games and is one of the popular VR fitness games. "Beat Saber" was officially released in May 2019 for the PlayStation and Microsoft Windows.

Per an article by VR Fitness Insider, "Beat Saber" involves "slicing beats in certain directions by using two katana beams and moving their body in order to dodge oncoming walls."

The story of this action role-playing game follows a character named Dragornborn whose main goal is to defeat a dragon named Alduin the World-Eater.

"Resident Evil 7: Biohazard" is Capcom's 2017 release for the popular horror game franchise. It is a first-person game, which is different from previous "Resident Evil" games. The PlayStation 4 version of the game is compatible with the PlayStation VR.

"Resident Evil 7: Biohazard" follows the story of Ethan Winters as he searches for his missing wife, Mia.