The Australian federal government will invest $50 million for the creation of the lunar rover. The deal was made as part of NASA's Artemis program. 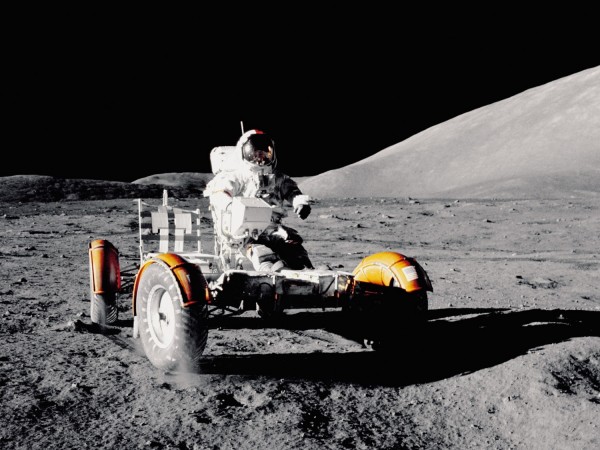 (Photo : NASA )
Australia is set to fly its lunar rover in 2026 through a collaboration with NASA.

According to a report by ABC, Australia has inked a deal with the American space agency to build a moon rover. Many scientists and local businesses will collaborate to make the future lunar mission possible.

Australia said that the space vehicle would be assigned to collect important samples of soils from the moon. Moreover, researchers also want to look for the oxides on its surface.

The participation of NASA in Australia's moon mission would also involve extracting oxygen from the soil. This initiative is brought to yield more studies about establishing a sustainable life on the moon. This would include building infrastructures as well in line with the Mars exploration.

Australia dedicates its resources to achieve its space ambition of looking for an alternative dwelling site for humans. Scott Morrison, the Prime Minister of the country, pointed out that the future lunar mission would produce more jobs for their people.

"This is an incredible opportunity for Australia to succeed in the global space sector, and is central to our government's vision to secure more jobs and a larger share of the growing space economy," the Australian PM said.

Most importantly, the government aims to expand its space sector to create more opportunities for the industries. Since July 2018, Australia has released over $700 million for different ventures such as engineering and manufacturing.

Interesting Engineering wrote in its report that Australia's space mission would empower more Australians in many fields such as science and mathematics besides boosting the nation's economy.

According to Bill Nelson, the administrator of NASA, helping the Australian Space Agency would result in more research accomplishments linked to the Artemis program.

It is expected that by 2016, the Australian lunar rover would reach the surface of the moon.

For Melissa Price, Australia's Minister for Science and Technology, the future mission would mark as the country's historic achievement of the decade.

Read Also: NASA's Lucy Asteroid Mission is Ready to Launch - How to Watch

Why Going to the Moon is Good

NASA's Artemis mission has actually good implications to the space agency and to the people. In our previous report, we wrote that there are three reasons why returning to the moon is good.

First, exploring the moon is good for future discoveries. Continuous expeditions yield surprising findings in technological intervention. The use of advanced machines would help humans to unravel the hidden secrets of space.

Next, NASA's mission is a big stepping stone for training. The researchers could use this to seek better ways of improving resource usage.

Lastly, the reason why exploring the moon is good is because it offloads industrial pollution. Since Earth is already clogged with pollutants, the moon could be an ideal place to build more factories.