Amazon's Ring doorbell has been involved in the latest privacy issue following the decision of a UK judge who says that the smart home device violated the Data Protection Act of 2018.

The man was fined nearly $137,000 in the said case. He has reportedly infringed the privacy of his neighbor using the device without any permission. 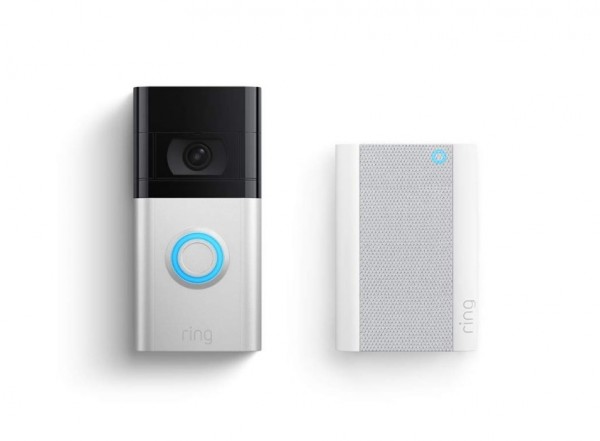 According to a report by Gizmodo on Friday, Oct.15, the British man, Jon Woodard, had installed the ring doorbell camera for the purpose of identifying the group who wanted to steal his car. The device was placed on the front of the house and in the side yard.

However, Woodard did not tell his neighbor, Dr. Mary Fairhurst, that he had installed the Amazon device. As a result, the latter grew alarmed after realizing that Woodard could record her voice through a smartphone.

When the case went to court, UK judge Melissa Clarke ruled that Woodard clearly violated the Data Protection Act of 2018, as well as the UK General Data Protection Regulation rules. The act says that before using a CCTV system, a person should first ask permission from the domestic owner/resident of the area.

On Woodard's part, he only did that to know the identity of the suspected burglars roaming near his house. The judge, however, decided to impose a fine amounting to nearly $137,000 (£100,000) for his violation.

Furthermore, Clarke favored Fairhurst because she considered the capability of the Amazon Ring Doorbell to pick up conversations from over 40 feet away.

What Does Amazon Spokesperson Say About the Issue?

In another article written by Yahoo Finance UK, a representative from Amazon encouraged the users to pay attention to their neighbor's privacy. The spokesperson added that there is a need to comply with the laws with regard to the usage of the Ring Doorbell.

The company stated that the recent ruling would not affect the user's decision to install the smart home devices, given that they are compliant when installing them.

In an interview with Yahoo Finance UK, attorney James Ulwick from DiCello Levitt Gutzler pointed out that the ruling could yield "greater implications" of the device usage across the country in the context of surveillance.

Despite Amazon Ring Doorbell's updated controls for privacy, users should still consider the approval of their neighbors when using the tool for surveillance.

"In a nation that is one of the most, if not the most, surveilled on Earth, ensuring that every citizen continues to have the right to privacy in their own homes is of paramount importance," Ulwick said.

Last year, the US Consumer Product Safety Commission submitted a notice of recall about the Amazon Ring Doorbell. The organization has received many reports about the fire hazards when using the device.

350,000 units sold in the US and Canada were recalled at that time.

Speaking of Doorbell cameras, Google Nest was also involved in the previous concerns following users' complaints about the appearance of a stranger's camera in the device.