The National Aeronautics and Space Administration (NASA) has been told by the Senate to pick a second company to build the moon lander that will be used for the space agency's Artemis program.

NASA initially decided to award the contract only to SpaceX despite being expected to pick out two of the three companies that were in the running.

The two other companies, Jeff Bezos' Blue Origin and Dynetics, both filed formal complaints as a result of NASA's decision to only pick SpaceX.

NASA has been told by the Senate to choose a second company to build the lunar lander that will be used for the Artemis Program, according to a report by Space.

This comes after the space agency announced a few months back that only SpaceX was awarded the contract to build the moon lander. NASA was expected to pick two out of the three companies that were in the running. The two other companies are Blue Origin and Dynetics.

Both Blue Origin and Dynetics have filed formal complaints against NASA's decision to award the contract only to SpaceX. In fact, Jeff Bezos' space company filed a federal lawsuit against NASA over it.

The Senate Appropriations Committee has released a total of nine appropriation bills for the next fiscal year, which includes funding for NASA.

According to the report by Space, the committee's report states that NASA's Human Landing Systems (HLS) program "is not underfunded, despite the agency's previous claims to the contrary."

Per Space, NASA will receive $24.83 billion in funding, which includes a $100 million increase in the funding for the HLS program.

The Senate Appropriations Committee's report also instructs NASA to provide Congress with a plan on how it will bring in a second company to build a lunar lander. 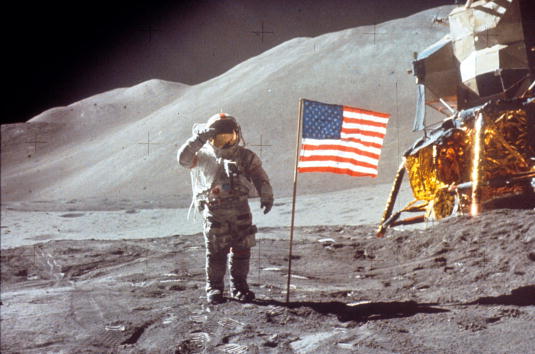 The space agency is planning on using whatever is learned from bringing humans back to the moon in NASA's quest to bring Astronauts to Mars.

To achieve its goal, NASA is planning on building a base camp on the surface of the moon along with a lunar space station called Gateway.

In June, NASA received the support of Brazil for its Artemis Program. Brazil is the first South American country to do so and joins the likes of Japan, Canada, Australia, and the United Kingdom in the list of countries that are supporting the program of the space agency.