Here are some of the best robot vacuums under the $300 budget in 2021, including IRobot, Roborock, and more! 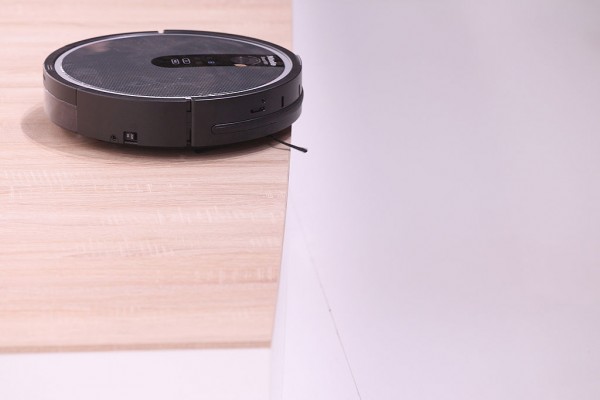 (Photo : by Sean Gallup/Getty Images)
BERLIN, GERMANY - SEPTEMBER 05: A Scout RX1 robotic vacuum cleaner senses it has reached a precipice at the Miele stand at the 2014 IFA home electronics and appliances trade fair on September 5, 2014 in Berlin, Germany. IFA is the world's biggest fair of its kind and is open to the public through September 10.

Robot vacuums definitely make cleaning chores easier as they could make floors spotless without a sweat. Not to mention that they could even do a better job at sweeping away the dust in a room due to their navigation features that vows not to miss any spot.

However, there are countless robot vacuum offerings out there. Thus, choosing one could be another tedious chore.

What's more, some of the best out there could go unreasonably expensive, whereas other cheap offerings could end up adding up more stress due to their sub-standard make.

That said, choosing the best robot vacuum for your liking under the budget of $300 is not an easy task.

As such, here's a guide that narrows down the process into three notable choices, which include the pros and cons of each robot vacuum to help you decide better.

One of the most notable highlights of this robot vacuum is its impressive 5200 mAh battery capacity, which could clean a massive area of about 2152 square feet without needing a power top-up, as per ArchitectureLab.

On top of that, the Roborock E4 navigates easily even in complex locations thanks to both its optic eye motion tracking technology and dual gyroscope route algorithms.

However, despite its effective suction power and impressive battery life, it is annoyingly noisy when it is turned on.

Meanwhile, this vacuum cleaner notably works with a mobile app called iHome Clean, which allows its users to set a cleaning schedule for it.

The app of the iHome AutoVac Robot Vacuum Cleaner also lets users watch its movement during its scheduled cleaning schedules.

Not just that, the iHome AutoVac 2-in-1 not only vacuums floors, but it could also mop them as well--as its name suggests.

But its 2-in-1 function could only work if its users bought both the pads and mop tank, which is unfortunately sold separately.

According to New York Times' product review website, Wirecutter, this robot vacuum is for those who are looking for something that would not easily break down.

The iRobot Roomba 614 has already proven itself to be more durable than other robots of its kind. Not to mention that in times that it suddenly breaks down, there is no need to worry as it is repairable as well.

Not just that, the smart navigation function of this robot vacuum is also powered by advanced sensors, which allows it to easily go under and around furnitures.