Apple HomePod Mini's new colors are arriving soon, and it will be available by late November, as confirmed by the Cupertino giant, bringing in its new feature that would arrive with all of the speakers. The HomePod Mini is getting rightful recognition to its tech, and even though it was not updated for this year, Apple is still bringing something new for everyone. 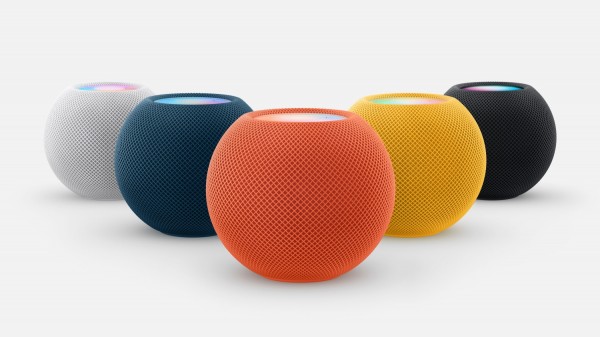 Apple's HomePod Mini was announced to have its new colors last October "Unleashed" event, and now, it was regarded to becoming this late November for all interested buyers. With this, users can now choose between five colors in the lineup, including Blue, Yellow, Orange, Black, and White.

The HomePod Mini has been a sight to see for many, as it brings a cheaper and space-saving device that does not necessarily reduce performance and loudness. The Apple HomePod Mini's new colors still have the same price of $99 from the Apple Store, and it would not have any refresh on this release apart from its color options.

Some of its colors also resemble that of the iMac 2021 M1.

According to 9 to 5 Mac, the Apple HomePod Mini can now play Apple Lossless Audio, Dolby Atmos, and Spatial Audio on the device. Before this, it had limited features and functions that did not maximize the capacity of the iPhones and Apple TV 4K boxes.

Both the HomePod and HomePod Mini are included in this update, and it brings a massive change for Apple's smart speaker system.

It is known that earlier last year, the release of the HomePod Mini has resulted in it being the sole HomePod in Apple's lineup as the bigger and older device was discontinued by the company despite being its feature device. Nevertheless, HomePod Mini has filled in the gap of the lack of smart home integrations from Apple in the form of a smart speaker.

It was known that there is also an exclusivity for the HomePod, the reason where some users are not that interested in the device. However, one popular jailbreak in the past years has proven to be helpful and usable for the device, making it available for Android and be used with other popular voice assistants like Google, Amazon, and more.

The HomePod Mini, like the iMac 2021 M1, has jumped on to a new set of fresh colors for it, apart from staying in the minimalist colors of black, white, or grey. Apple has made it possible that the new colors would be as enjoyable as the regular ones, as it does not overwhelm much, choosing shades of near pastel or something light to the eyes.