Nvidia CEO Jensen Huang Presents Omniverse Avatar | What is it All About?

Nvidia has embraced the popularity of metaverse through the recent launch of its virtual agents known as Omniverse Avatar. The technology makes use of artificial intelligence and advanced 3D animation. 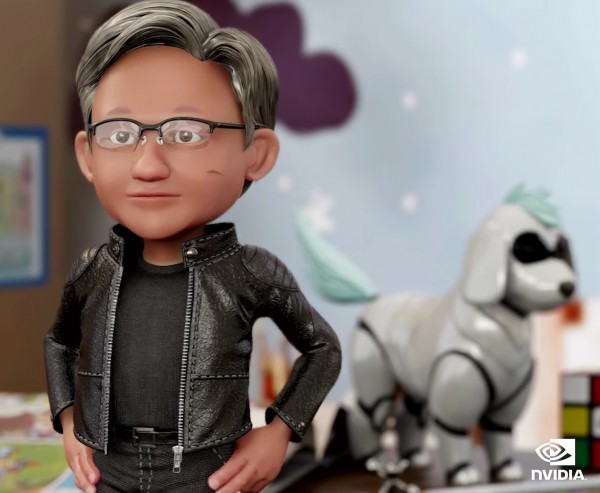 (Photo : Nvidia)
Nvidia announced some information about the Omniverse avatar. The report here will tell you how an AI avatar works on the platform.

According to a report by Market Watch on Tuesday, Nov. 9, the global semiconductor maker has introduced the latest products for the Omniverse expansion.

The company aimed to connect the physical world to the virtual worlds through the platform. Nvidia released its beta last December 2020.

During the keynote address for Omniverse, CEO Jensen Huang presented how an animated character functions. The chip manufacturer relies on facial-tracking technology so that the AI can communicate like a real person and even express its facial emotions.

For Huang, the creation will be "useful" for serving customers, especially drive-throughs and retail services. He also showed the capability of the virtual agent in another demo about science topics on protein production and climate change.

For the third demo, the AI avatar resembled a real person on a video call. It looks like a casual discussion between a customer and a client. Meanwhile, Project Maxine utilizes machine-learning processes to seek improvements for video conferencing-related issues.

The Verge wrote in its separate report that the launch of Omniverse Avatar is somewhat aligned to the "omniverse" vision of Nvidia. In today's trend of mixed reality worlds, the metaverse is one of the most used words that tech firms utilize.

The sharing of virtual interaction with AI could become another means for remote collaboration. With regards to the AI assistant, Huang noted that the virtual agent has a slow response time.

The computer hardware maker is looking forward to what the Omniverse platform can offer to the real world.

Earlier this month, the most controversial metaverse-related announcement would be Facebook's statement about the company rebranding. Upon adopting the new name under Meta, many people cast their doubts on how it would work.

Some critics hit the social media giant because of its internal issue. In defense of this accusation, Meta said that changing the brand name is due to the metaverse trend.

Aside from Facebook, Microsoft also entered the competition thanks to its Mesh platform. The said technology will incorporate 3D avatars and other improvements.

The updates for the avatars in Microsoft Teams are expected to come next year. Within that time, people could anticipate more enhancements for AI and avatar representations.

Elsewhere, Niantic is on its way of constructing its own "real-world metaverse" that will kick off next year. At the moment, Niantic CEO John Hanker said that developers could access the platform as early as now.

The "Pokemon GO" creator said that the first six months of usage for the Multiplayer APIs would be free. They will be given until May 1, 2022, to access the software kit for free.