NASA: Longest Partial Lunar Eclipse in 580 Years Will Happen on Early Friday--How to Watch it Overnight?

The longest lunar eclipse in hundreds of years will be coming this week, according to NASA. The event will particularly occur overnight from Thursday, Nov. 18, through Friday, Nov. 19.

The space agency also called this phenomenon the "frost moon." It would reportedly last for three (3) hours and 28 minutes, per NASA's statement earlier this month.

Longest Lunar Eclipse Through the Years 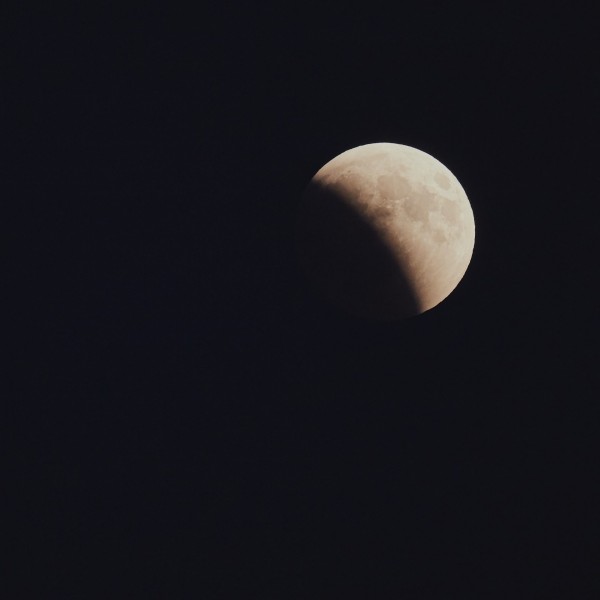 (Photo : Martin Brechtl from Unsplash)
The longest partial lunar eclipse of the century will be coming on Friday, Nov.19, according to NASA. Here's everything you need to know about this upcoming astronomical phenomenon.

According to a recent report by CBS News, the previous total lunar eclipse that happened lasted for an hour and 42 minutes in 2018. Usually, this event involves the movement of the moon, which covers the Earth's shadow.

When the moon does not entirely pass into the shadow of our planet, that's the instance when a partial lunar eclipse appears.

What we will witness on early Friday will be the longest lunar eclipse in 580 years. The projected number of lunar eclipses for this century sits at 228. Particularly, this covers the time frame from 2011 to 2100.

The report said that some years contained two occurrences while three to four instances took place in some years. It's important to know that the upcoming lunar eclipse will be the second to happen this month.

Related Article: Lunar Eclipse Blood Moon 2021: Where, When to Watch & How to Capture It Using Smartphone?

How to See the Partial Lunar Eclipse Before Weekend

In another report by NPR, NASA wrote the specific parts of the world that would view this frequent sighting. For night owls in the US, the peak of the eclipse would start at around 4:03 A.M. ET.

The viewers from North America and select parts of Northeastern Asia, Eastern Australia, South America, and Polynesia will witness the upcoming activity of the moon.

While the time varies according to the location, the Earth's natural satellite would pass into its shadow earlier. The scientists anticipated it to take place at 2:19 ET where the moon will traverse the umbra or the shadow's inner part.

By the time it passes to the Earth's shadow, people can observe that it resembles a bitten biscuit. At around 3:35 A.M. ET, it is expected to turn red.

Watching this spectacular event will be made possible through this link that NASA has provided for interested viewers. Almost 9& of the entire surface of the moon will be covered at that time.

If you are not a fan of live streaming, you can go outside to see it for yourself. Make sure to wear a pair of binoculars to improve your viewing experience. You can also use a camera with a tripod for a similar reason.

While it is fascinating to see a perfect blend of the Earth and moon for the upcoming astronomical event, it's memorable to take a step back once in a while for the previous moon gazing scenarios that happened.

Back in May, Qantas offered a free flight intended to view the lunar blood eclipse. The company allowed the passengers to see the moon much better and closer than usual.

In the following month, Tech Times reported the arrival of the first solar eclipse of 2021. NASA took note that the "ring of fire" will show the moon blocking the sun.

While the experts have no reminders when viewing the lunar eclipse, NASA said that the "ring of fire" solar eclipse could damage the eyes if you have no eye protection. The organization advised the viewers to wear sunglasses to safeguard their eyes from the sun's harmful rays.

Read Also: A Penumbral Lunar Eclipse Will Happen Over The Weekend; Here's How To Watch It