"Battlefield 2042" is not performing the way EA hoped.

As of this writing, the game is now one of the worst-reviewed titles ever on Steam, with 74% of all user reviews being negative, reports GamesRadar. 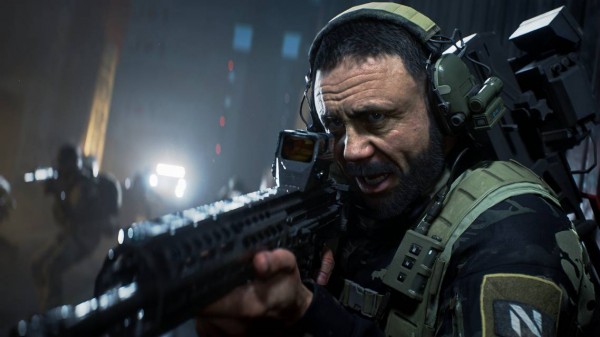 This figure comes from over 33,000 individual user Steam reviews of "Battlefield 2042." With only 26% of its reviews being positive, EA's latest big-name first-person shooter now has the eighth-worst review score in the Steam Hall of Shame.

It is the second big-name game in the top 10 of the Hall of Shame, dwarfed by Konami's free-to-play eFootball 2022 which holds the number one spot.

The other games in the list are mostly low-budget indie titles with not even a fraction of EA's resources at their disposal.

On the official Steam page of "Battlefield 2042," the user reviews mainly mention just how unstable the game is.

One user even goes as far as calling the game an "unfinished pile of garbage," which in their opinion is an "insult to the franchise.

As of this writing, the game's Day One patch is now out, with two more patches scheduled to arrive next month, according to RockPaperShotgun.

EA says that the first update aimed to fix several problems they've identified shortly before Early Access to the game began. The next update to the Day One patch will "deliver more fixes," with the third one promised to be "more substantial."

Read also: 'Battlefield 2042' Was Originally Planned To Be A Battle Royale Game

'Battlefield 2042' Problems at a Glance

"Battlefield 2042" was supposed to be EA and DICE's next big shooter, but it really didn't come out of the gates swinging. It is plagued with the usual bugs and performance problems (poor framerates, graphical glitches, and the like) but is also suffering from a few game-breaking elements.

A lot of players, for instance, have been reporting problems with allegedly overpowered hovercraft.

A Kotaku report says that the hovercraft in "Battlefield 2042" are so powerful that they even have the ability to climb up walls--something they're never supposed to do in real life--and blow up helicopters.

As a result, people are clamoring online to have the hovercraft nerfed, just as this Reddit post suggests:

Furthermore, here's a video of the offending hovercraft being almost indestructible in the game, allowing for rather hilarious gameplay possibilities:

This was so satisfying killing a helicopter with a flying LCAA Hovercraft #Battlefield #battlefield2042 pic.twitter.com/DJlYxMnF7c

YouTuber jackfrags further details the problems plaguing "Battlefield 2042," along with some suggestions on how EA can improve things as a whole:

Some Critics Are Actually Giving It Fair Scores

While players are bombarding the new big-name EA shooter, some reviewers are actually giving the game a fair shake, despite the multitude of problems "Battlefield 2042" is facing.

PCGamer gave it an 80 out 100, praising the game for its refocus on the series' original pillars. They eventually considered it a "messy and fun" modern shooter in their review. This doesn't exactly fit with the Steam user reviews, but everybody's got their own opinions.

'Battlefield 2042' Was Originally Planned To Be A Battle Royale Game

PS5 Restocks on Sony Direct, Walmart Are Now Sold Out--Here Are the Retailers to Visit For the Next Console Drop