Amazon cloud computing is set to aid the researchers in a bizarre exploration of climate with a catch: running climate models to dim the sun.

Usually, supercomputers are what scientists need to create models. This time, the tech giant will help the non-profit SilverLining on its goal to study solar radiation management. 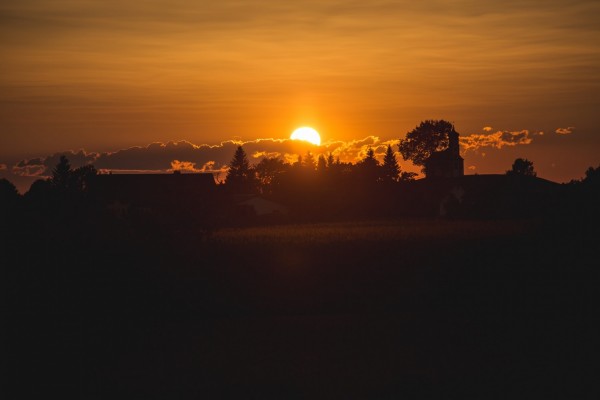 (Photo : Timon Studler from Unsplash )
Amazon cloud computing is set to aid the researchers in a bizarre exploration of climate with a catch: running climate models to dim the sun.

Gizmodo wrote in its latest report that Amazon Web Services is now on its way to help scientists discover a potential method to dim the sun. Most likely, the researchers would make use of various simulations of the planet in the next decades or more.

Using supercomputers, the experts could now easily utilize climate models and learn how the Earth will fare in the future. With the alarming presence of global warming, many believe that the declining state of the planet will continue as seen in the escalating amount of carbon dioxide and melting of ice glaciers.

Even so, humans are becoming more curious about the possibilities that could happen if the Sun will be dimmed slightly. This would possibly reduce carbon emissions since fewer gases will be trapped on the Earth's surface.

Amazon, for instance, is helping SilverLining to make this possible through cloud computing. While research about the dimming of the sun might be a strange encounter, the report indicated that the experiment could help decrease the use of fossil fuels.

If the surge of greenhouse gases could not be controlled anymore, one of the options that experts can do is to reduce the unusual heating by blocking the source where it comes from.

What Amazon and SilverLining Will Do

In the same report, Amazon and SilverLining will make use of the cloud computing architecture from the e-commerce giant. This will manage the calculations for the collected data set during the experiment.

The involvement of a supercomputer would mean that the load for the scientists to spend time on the setup will be lessened. This would allow them to allot more time for the research and learn more about the various variables and models.

"Cloud computing has started to reach the point where it could contemplate supporting workloads like this, "SilverLining executive director Kelly Wanser said.

Gizmodo included in the report that Amazon Web Services relies on the Whole Atmosphere Community Climate Model and NCAR's Community Earth System Model V.2 which are regarded as the top climate models in the world. What's interesting is it could cover the period from 2035 to 2070.

Per Cornell climate expert, Douglas MacMartin, moving to the cloud is a "non-trivial undertaking." Previously, he studied solar radiation management.

While many climate models consume a lot of CPU time, Amazon's cloud computers could simultaneously use fewer computer cores compared to other computing machines.

According to an Amazon spokesperson, the company's collaboration with the Safe Climate Research Initiative of SilverLining will be beneficial for studying advanced climate research.

Risk of Dimming the Sun

In another report by The Crimson, blocking the sun has the potential to disrupt the ecosystem and other natural cycles. For instance, the Mount Pinatubo eruption in the Philippines in 1991 resulted in a global cooling of the planet at an average of 2 to 3 degrees Celsius at that time.

However, scientists considered solar geoengineering as an alternative to slow down human suffering from global warming. While this is possible, the moral hazard is always questioned by many people.

Elsewhere, Tech Times reported the visualization of Cosmic Reef via Hubble Space Telescope was recently uploaded on Instagram. Meanwhile, Elon Musk hinted at the possibility of a Quantum leap for the SpaceX starship.