Apple App Store Awards 2021 has named the best games and apps on the iPhone, iPad, Mac, Apple TV, and the Apple Watch. 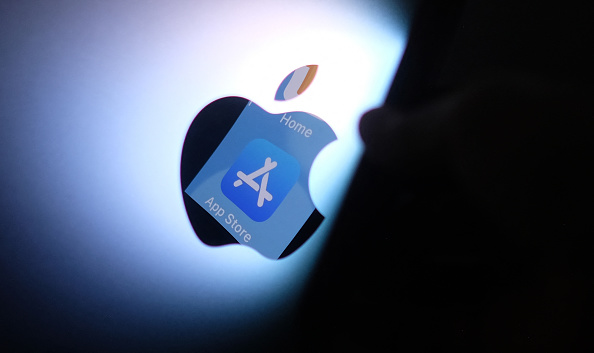 (Photo : by CHRIS DELMAS/AFP via Getty Images)
This illustration photo shows the Apple app store logo reflected from an iPhone onto the back of an iMac in Los Angeles, August 26, 2021. - Apple has agreed to loosen payment restrictions on its App Store, a major change announced in a settlement with small developers as the US technology giant faces growing scrutiny and legal challenges over its tightly controlled online marketplace. The change will allow small developers to inform their customers of alternative payment options beyond the official App Store.

The App Store Awards for this year has announced a total of 15 winning apps from various categories--which spans from utilities to pure gaming, as per the report by Apple Insider.

It comes after the Cupertino giant held its Apple Music Awards and the announcement of the best titles from the Apple Podcasts.

According to Apple, the best apps and games from the App Store "helped users tap into personal passions" and "discover creative outlets." Not to mention that the tech giant also noted that the winning titles also bridged and connected people.

Meanwhile, the CEO of Apple, Tim Cook, further said that the best apps and games of the year sparked both the "creativity and passion of millions of users around the world."

The Apple boss went on to commend the self-taught indie coders who emerged to become part of the leading businesses in the world.

Cook also said that the developers of the winning apps and games further innovated using the technology of Apple.

Without any further ado, here is the Year App across the various platforms under the Apple ecosystem.

The iPhone App of the Year goes to Toca Life World, an educational game app on iOS developed by Toca Boca,

Meanwhile, the iPad App of the Year was awarded to LumaFusion of LumaTouch, one of the top downloaded multitrack video editing apps.

On the other hand, the Mac App the Year award goes to Craft, a note-taking and research app developed by Luki Labs.

The games of the year award were given to gaming titles across all of the platforms of the Cupertino giant, except for the Apple Watch.

The mobile MOBA gaming title from Riot Games, "League of Legends: Wild Rift," got the iPhone Game of the Year title for 2021.

(Photo : from )
Apple names App Store’s best games and apps for the year 2021 with “League of Legends: Wild Rift” taking the top spot for iPhone games.

For the iPad Game of the Year, Netmarble's "MARVEL Future Revolution'' got the title, whereas Mac's was Cyan's "Myst."

On the other hand, Apple TV named "Space Marshals 3" as its year's game, while Apple Arcade awarded "Fantasian" as the winning title.