Elon Musk is known for being a man of innovation, but one thing that the CEO is not that much fond of are robots, which he initially thinks are devices that could be dangerous or a threat to human workforces. The multi-tech CEO is freaked out by this robot feature which he saw online, reacting to it, despite being known for having a venture with the "Tesla Bot."

Elon Musk is Freaked Out by This Robot Feature 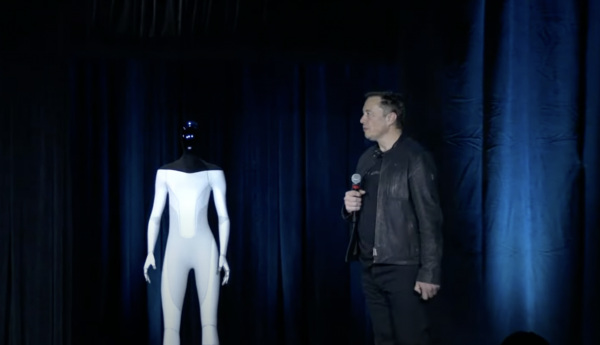 A tweet by a user that showed a robot with human-like reactions and emotions that are displayed through its face will certainly give anyone that watches it a shocked reaction. It would either be a feeling of surprise or imbue thinking that robots can soon mimic the human emotion and could be here at any time soon to co-exist with the public.

This was something the Tesla, SpaceX, and Neuralink CEO has reacted to, saying "yikes" to the robot venture that shows real emotion to those that came near it.

The tweet was a reply to the popular YouTuber, Marquess Brownlee, which said that the robot only has attached actuators and rubbers that control its facial movements and are only a part of the research.

Both are also freaked out about the robot's capability despite knowing that it is not yet there.

Robot Future, Is Elon Musk On Board This Idea?

It was an initial discussion where Musk have shown his mixed feelings over the existence of robots or the so-called "robot future" that is inevitable and soon happening.

Robots are cheaper to have as workers, as initially regarded, as they have little to no liability when doing certain work that would be dangerous or a challenge to their human counterparts.

Elon Musk and Robots, What Is the Beef?

The multi-tech billionaire is known for his belief that humans are still superior being despite the many technologies around the world that are assisting them with their daily processes and work as early as now. With that, he initially was pushing an idea called "AI Symbiosis" with its Neuralink brain implants to improve human performance and other aspects.

With the cyborg humans, Musk believes that it is still the better worker compared to robots, initially speculated to be larger in volume deployed to many workplaces in the future.

The CEO also regarded that humans may soon report to AIs, yes the programs, and he does not want to admit it for himself, as said in a previous tweet.

The strong feelings of Musk against robots only show that the CEO wants humans to still be at the top of the food chain with regards to technology, the workplace, and what makes the world run.

The many tech and innovations present now is a massive testament to what the humans have achieved on its more than six billion years on the planet, evolving to who they are today.

Related Article: Tesla Bot Was Created by Elon Musk to Ensure Safety in All Robots, Present a Good AI to the World