A leaked copy of "Horizon Forbidden West's" early version has reportedly taken the gaming communities by storm earlier this week.

The fresh images from the PlayStation 4 version of the game made rounds online and surprised fans with a huge twist moments befpre it was taken down. 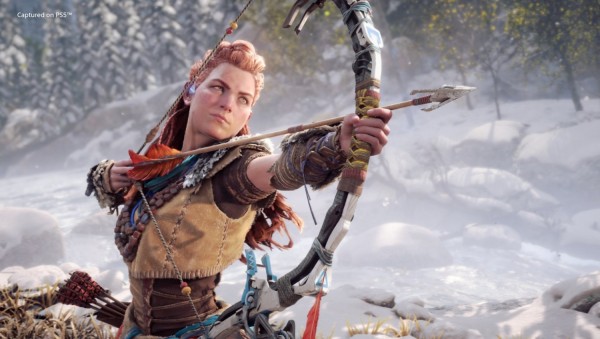 According to a report by Video Games Chronicle, the unfinished version of the adventure game stormed the public after it was shared online. The sources revealed that the leaked version showed important content leading to the final release of the title.

In addition, the tech site wrote that there are missing art assets on the shared copy. Somehow, we can expect a lot of spoilers to pour pretty soon for the fans.

After it circulated online, several people took notice of this report. They immediately discovered that the content has been removed right away because of the "copyright" issue ahead of its official launch next month.

Tech Times reported that the release date for "Horizon Forbidden West" is slated on Feb. 18. In the next few weeks, we can anticipate Sony's announcement regarding the latest changes in the game.

Video game developer Guerilla said that fans should watch out for the main character Aloy who has a lot of surprises in the new version. On top of that, players could now travel the post-apocalyptic land and use several gadgets and tools on their journey.

The studio also stated that it would continuously improve the overall design of the game. Per Espen Sogn, Guerilla's Living World designer, the team is looking forward to introducing more never-before-seen exclusive features to the game.

Related Article: 'Horizon Forbidden West' Looks To Improve On Side Quests In A Big Way

Mechanical Wildlife on the Game?

According to IGN, the game could potentially bring mechanical creatures into the game, which are not introduced in its previous version. The team is likely leaning on the possibility of introducing the mechanical wildlife to the "Horizon" fans.

For fans who want to feel the first-hand experience of the game, you must stay away from spoiler-full websites. We recommend you to limit your time on social media and scroll carefully so you can avoid early leaks.

In September, Tech Times wrote that there won't be PS4-to-PS5 upgrades for "Horizon Forbidden West."

In another article from Eurogamer, PS4 jailbreakers were flocking the platform following last month's incident of firmware hacking.

At that time, console hackers released updates for the homebrew apps which favor firmware version 9 and later. This case could open doors that console devices are too vulnerable to hacking.

In November, hackers invaded the PS5 Kernel and stole root keys. According to the report, the jailbreakers posted a tweet that they have officially got access to Sony's firmware files.

In response to this incident, computer security expert Bruce Schneier commented that through FailOverFlow's keys, hackers could reverse-engineer PlayStation 5's software. He added that the cybercriminals would continue their operation to the pirated games and emulators.