Tesla is now opening Firebaugh, California's Supercharging station, to the public with a massive capacity of 56 V3 rated slots to charge the electric vehicle up to 250kW for fast charging. Standard Tesla vehicles with 85 kWh batteries can fully charge on Firebaugh's Supercharger station for under an hour only using the Sun's heat as power. 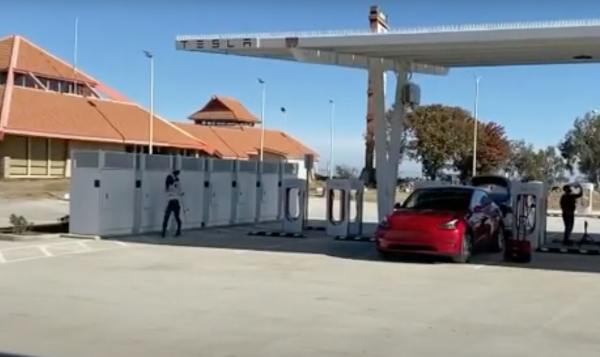 Several news and leaks surround the United States' new Supercharger station, particularly the largest in the world, as Tesla was teasing this development a few months ago. Now, the station is complete and ready for public use for up to 56 electric vehicles in total.

According to Inside EVs, this is the world's most massive public charging station globally and the country, surpassing China, who had the most earlier this year. Three Supercharging stations are located in Shanghai and Beijing, which were initially launched in 2018, that each contains 50 V2 rated stalls.

The same home charger is placed in Firebaugh's station, having the V3 rated and 250 kW capacity wired charger for all Tesla vehicles. The combined pinnacle of the V3 Stalls in Firebaugh's Supercharging station is a massive 14 Megawatts (MW) that supplies the entire location. 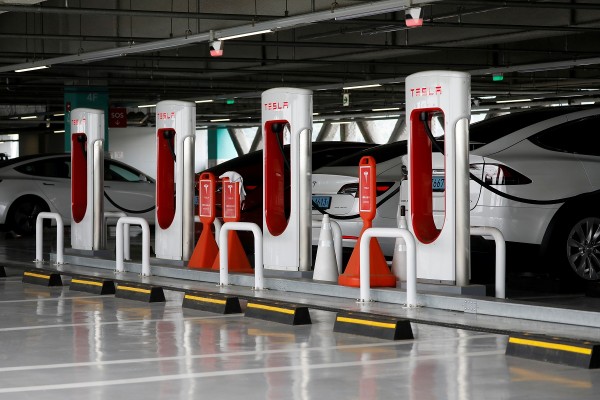 Tesla adds a new feature to Firebaugh, California's Supercharger station, that has another purpose than what it is built for. Before, Tesla charging stations are just stalls on the ground; but now, it has roofing that even contains Tesla's Solar Roof products atop it.

The Solar Roof can significantly block out the Sun's heat, preventing the car's interior from rising in temperature and, at the same time, gather those to generate and store power. The Supercharging station can be self-sufficient with the Solar Roof, which offers an alternative source to charge electric vehicles and power the station's lights during the night.

The "solar canopies" can effectively reduce California's heat during the summertime and when the Sun is high and mighty. It would also ensure that there would be an alternative source of power other than Tesla's reliance on the existing power lines from the county's grid.

Tesla Supercharger: Free of Charge for All EVs; 12.5% More than Gas Stations

This 2020 is indeed the dawn of electric vehicles in the country and globally. Tesla's superchargers are growing in size, having already as much as 12.5 percent of the country's total gas stations for Internal Combustion Engines (ICE) in early November.

All users, Tesla and other EVs alike can enjoy free charging with a limit of only 400 kWh or an estimated 1,000 miles yearly. After using the complimentary annual freebie, there would be a corresponding fee whenever hooking the car up to Tesla's Supercharging stations.

Tesla's new Supercharging station is located in Firebaugh, California, right on Highway 5 of the West Side Freeway and W Panoche Road. GPS Coordinates are as follows: 36.639287, -120.625451.