Nintendo Switch OLED is No Longer Available for Preorder--Stocks Gone in a Few Minutes Like Xbox Series X, PS5

The Nintendo Switch OLED is the newest Nintendo console that recently arrived.

The gaming community's speculation about the Nintendo Switch Pro came to an end when this console was introduced earlier this month. Like any consoles that have ongoing restocks, the OLED model is no different since the preorders are now already unavailable in selected retail stores.

As usual, Nintendo consoles are top hits during the pre-order stage. This was evident in the sales of the Nintendo Switch, which has already sold more than 85 million units as of March of this year.

The company expects that the growth in the demand of the Switch will increase up to 90 million.

In just a few minutes, the supplies for this gaming gadget quickly faded away when the pre orders began at 3 PM (12 PM PT) on Thursday, July 15. 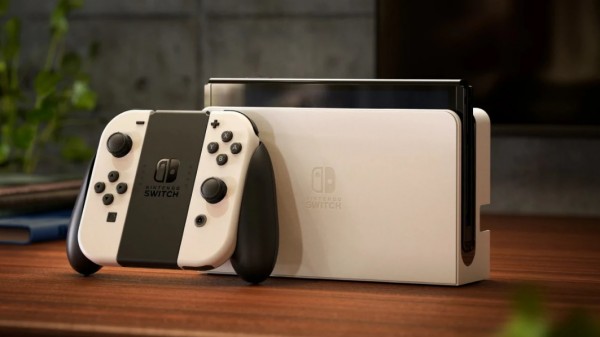 (Photo : Nintendo)
The preorders for the upcoming Nintendo Switch OLED were gone in just a few minutes on July 15.

According to a report by The Verge, the newly-introduced console features a 7-inch screen that is larger than the original Switch version and the Lite version.

For those who have high expectations about this product, it won't come with a 4K support, which was rumored previously.

The OLED model will also not sport a new processor that could handle heavy games. What it instead introduced was the improved internet LAN port and an upgraded kickstand.

More games will be played on this console through its 64GB internal storage. On top of that, there's nothing fancy here except its big screen and enhanced audio system.

Despite several upgrades, Nintendo has not yet addressed the drifting issue of the Switch's joy-con.

In just a few minutes during its pre-order sale at 3 PM EST on Thursday, July 15, the Switch OLED pre-orders disappeared in a blink of an eye.

We have been encountering other restocks, like in the case of PS5 and Xbox Series X.

The recent scenario with Nintendo Switch OLED might have become normal already since scalpers are everywhere.

Many known retailers were open during the time of the preorders. Amazon, GameStop, Target, and other shops have joined the OLED preorder sale, but in a matter of minutes, the familiar remark "sold out" has been appearing all over.

This wave of pre-orders for the Nintendo Switch OLED is not yet the end. At any time or in the next few days, Nintendo could release another set of slots for the POs.

Before its official release on Oct. 8, many users may have already acquired the highly-coveted Switch console.

PS5 restocks have been controversial with the involvement of the scalpers who exploit the orders for their own personal gains. Simply, these people hoard the products and sell them for double or triple the original price.

At the time of writing, more than 800 OLED pre-orders are now on the eBay site, where prices only sit between $499 and below $700, Gaming Intel reported.