Xbox Series X restocks are getting harder to find in the UK since many problems arise at the peak of the pandemic.

Common issues such as the ongoing chip shortage and even supply chain problems are plaguing the supplies of the consoles.

Even though Xbox Series S is easier to search since it is cheaper, UK buyers would still prefer the more powerful version. The high demand continues for this console and that affects its restocks from various retailers.

As of Thursday, Sept. 9, there were early supplies in Amazon UK but they have gone quickly. Besides this store, where could you go next to look for an Xbox Series X?

Xbox Series X in the UK 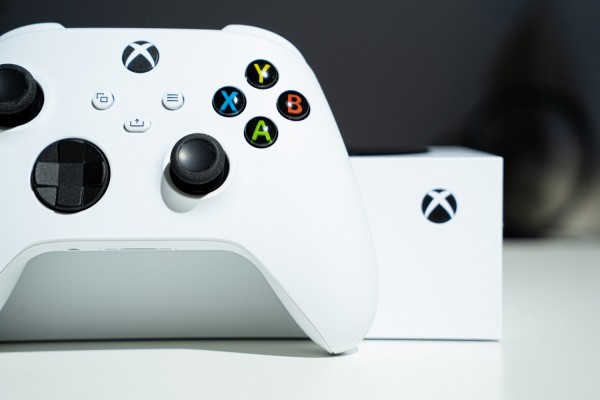 (Photo : Mika Baumeister from Unsplash)
Amazon UK has Xbox Series X stocks recently, but they were gone in just a few moments. Here's where you should go following to search for the next-gen console.

According to the Independent, Amazon is the latest store to drop stocks. IT was spotted that there were old Xbox Series X in the said retailer and Currys.

It's also good to know that there is a "Halo Infinite" themed console bundle this week in Microsoft Store and GAME.

In line with Master Chief's 20th anniversary, the fans should take note of this rare Xbox Series X. As early as now, place your pre-orders before it's too late.

The upcoming "Halo Infinite" themed Xbox Series X will be released on Nov.15.

It's truly rewarding that despite the high demand and difficulty of obtaining the console, many people still manage to get one.

This week, here are the stores that you should view for the Xbox Series X's availability.

For regular GAME visitors, here's good news for all of you. GAME has been confirmed to have the physical stock of Xbox Series X.

To start your purchase, go to the shop's Xbox product page. Encode your postcode to see if the console is available in your local branch. You can also go to nearby branches.

For those who are wondering why GAME refrains from online selling, it's because the retailer wants to avoid the surge of hoarders online.

The high number of scalpers will spoil the chances for others to buy their desired console.

An Xbox Series X restock list in the UK won't be complete without AO. However, the recent news about this shop was the abrupt removal of the console restock.

There is a chance that AO wants to release the supplies together with PS5. For instance, another UK retailer Very did the same thing with the next-gen consoles.

On Tuesday, Sept. 7, Currys officially surprised the fans with a quick Xbox Series X restock in the morning.

The arrival of consoles was irregular, but persistent buyers managed to score after waiting for 30 minutes. The retailer has dropped nearly 2,500 consoles at that time.

This week, we do not expect much about Currys. Probably, it will repeat the cycle in the next few weeks.

Argos buyers have been baffled by the rapid shift in the schedule of Xbox Series X restock. Some customers have completed their orders in the shop on Wednesday, Sept. 8.

Before, the buyers knew that Argos would release stocks on Sept. 10 via a listing. However, that's not what happened.

If you want to get a console from this shop, you need to use the Argos app for easy purchase. By immediately adding Xbox Series X to your wishlist, you can save more time during the actual checkout.

Even though the Xbox Series X drought reportedly ended last June, buying this console will not be an easy task. The buyers should regularly check the retailers and search for the availability of their supplies.