Xbox series X fans could be searching for the next available UK store that could sell the next-gen consoles. Still, chipmakers are slowly coping up with the global semiconductor crisis which also hurts many tech companies that rely on them.

The production of Microsoft's latest Xbox might be hampered, that's why people are searching overseas for potential purchases.

If you are from the UK who are looking for this gaming machine, check these restock updates from the popular stores in the country. 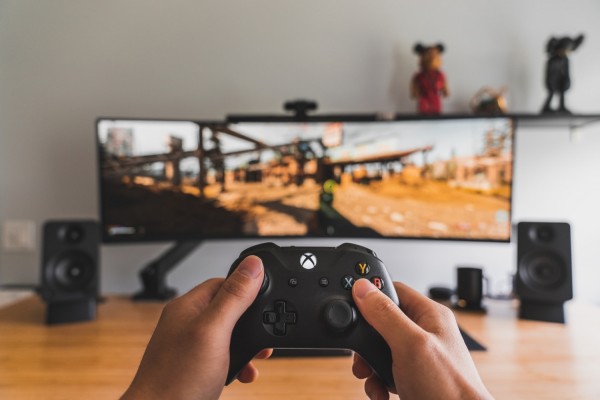 (Photo : Sam Pak from Unsplash)
Here are the latest Xbox Series X restock updates in the UK. Check to find out which stores will release the next-gen console.

According to a report by the Independent, some notable retailers including GAME, Argos, Smyth Toys, and more are gearing up for a possible Xbox Series X restock wave in the upcoming days.

Independent noted that Argos could hint at a new Xbox stock following the rumors that UK consumers have heard lately. This week, many hearsays have been loud for fans about the retailer's upcoming restock update.

PS5 Stock UK, a widely-known restock reporter on Twitter, tweeted that Argos has already received PS5 shipments in the UK. We could speculate that since the PS5 restocks are coming on the store, the next big thing that will follow would be the batch of Xbox Series X.

Regularly check the official site of Argos to stay on track with the console alerts.

The restock for Microsoft's latest Xbox in the UK has been linked to another popular retailer: GAME.

This time, the shop's Xbox Series X orders are rolling out but for those who have access to the Xbox All Access program. Considering that the supplies could sell out fast, always visit the page for more announcements.

Those who have tried to check out the console failed to do so after clicking the product on the page. Others do not know if their purchase has been completed.

It's great that GAME did not let down its fans this week. For recommendation, you can do the Klarna credit check process, as stated by Independent.

For those who have no idea how Xbox All Access works, it simply lets the user have an installment payment option instead of a single checkout.

Currys is unlikely to release the consoles for this week. However, we are hoping that it will drop stocks in the coming weeks.

The last time that it unveiled supplies was Sept.7. For more than two weeks, this UK retailer remained silent.

If you could not see any restock updates from Currys, there's a high chance that by October, it would start rolling out Xbox supplies.

Just like GAME, Smyths Toys is now selling Xbox Series X. You can score Microsoft's console through the Xbox All Access.

For bonus information, those who are interested in purchasing the "Halo Infinite" Xbox X edition can place their pre-orders as early as now.

The limited console will be released on Nov.15. Check the Microsoft Store and GAME for more details about this.