Tesla's sales increased to a record-breaking 240k electric vehicles or EVs in the third quarter of 2021. It comes despite the prevailing chip shortage crisis, affecting the car manufacturing industry. 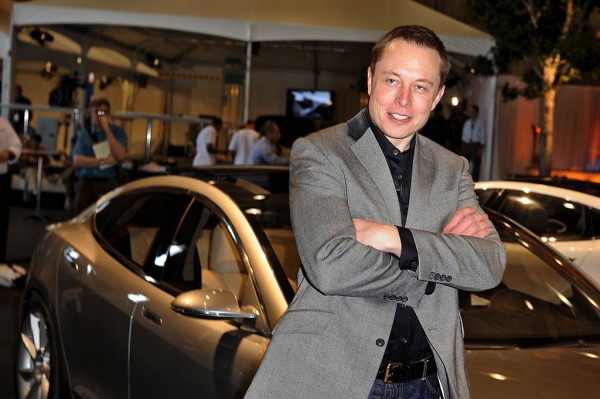 (Photo : by ROBYN BECK/AFP via Getty Images)
Tesla Motors Chairman and CEO Elon Musk introduces the new Tesla Model S all-electric sedan in Hawthorne, California on March 26, 2009. Musk said the state-of-the-art, five-seat sedan will be the world's first mass-produced, highway-capable electric car. The car has an anticipated base price of 57,400 US dollars but will cost less than 50,000 after a federal tax credit of 7,500 dollars.

As per Electrek, the CEO of the EV maker, Elon Musk, said that the current problem with the supply chain of the components of the Tesla vehicles is resulting in an extended delay in deliveries.

The news outlet further noted that Tesla annually faces more delivery delays by the end of every quarter.

However, due to the prevailing supply constraints, the tech giant is encountering a much bigger problem this time around.

Despite the difficulty that Tesla is currently experiencing, the EV maker was still able to book another sales record.

According to Engadget, Tesla announced its sales figures for the third quarter of 2021.

The latest sales performance confirmed that that Musk-led EV firm is unfazed by the current crisis as it continues to increase both the deliveries and the production.

To be precise, Tesla delivered a whopping 241,300 EVs for the said quarter of the year.

The media outlet further noted in the same report that the latest sales figures are significantly higher than the performance of the company from the third quarter of 2020.

It is to note that the current sales record boasts a 102,000 increase in unit sales than in the same period last year.

What's more, the current record of Tesla also beats the previous quarter's performance. To be exact, Tesla was able to deliver 201,250 cars in the second quarter of 2021.

On top of that, it also shows that Tesla is doing its best to overcome the wrath of the raging chip shortage crisis as the tech giant also increased production of its vehicles.

On the other hand, the Model S and Model X only had 9,275 deliveries.

Read Also: Elon Musk: Tesla To 'Die' If He is Not the Boss-But He 'Rather Hates' Being the CEO

Tesla's Sales More than Half of GM

Last Oct. 1, another carmaker, General Motors or GM, also released their third-quarter sales, which plunged significantly due to the firm's idle factories, as per Investors.

The total delivery of the automaker is 446,997. As such, Tesla was able to book more than have of the GM sales, at least in the third quarter of 2021.