Gaming Revenues Skyrocketed In 2021 Due To Older People Becoming Gamers

Gaming tends to be considered as something only for children or younger people. But that couldn't be further from the truth, especially after this bit of news. 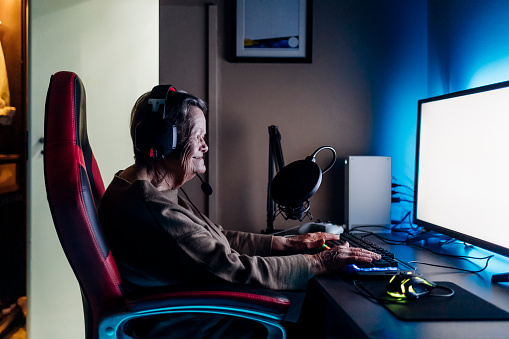 According to GameSpot, gaming revenues (and total playtime) basically skyrocketed this year because a lot of older people aged 45 to 64 became gamers themselves.

The numbers came from the market research firm The NPD Group, which revealed that the increase in gaming revenues and playtime topped 35% over the first half of 2021.

They gathered their data via a survey of over 5,000 people.

The NPD Group's Matt Piscatela stated that this massive growth in gaming interest from older people could be due to so-called "lapsed gamers," who turned to playing video games for entertainment during the pandemic.

They also considered gaming to be a social activity, where they could spend time connecting with family and friends.

Back in the day, video games were a strictly niche market. As such, it cultivated a reputation that it's only for kids, and that playing video games a lot is considered childish.

Obviously, that time has already passed.

David Heineman, who teaches communication studies at the Bloomsburg University of Pennsylvania, agrees.

According to him, the age of gamers has become increasingly older over the last ten years. And there's a good reason for this: these older folks were the same kids who started playing on the first-ever home gaming consoles, as well as arcade games that were extremely popular in the early 70s, as per Market Watch.

Even if they've already gotten older, gaming was still their passion.

There's evidence of this all over the gaming world. Just consider 56-year-old Michelle Statham, a "Call of Duty" player whose insane skills in the first-person shooter earned her the nickname "Tactical Gramma."

Here's a short video feature showing her destroying other gamers young enough to be her grandkids:

Then, there's Hamako Mori, a 91-year-old granny from Japan who is considered the world's oldest YouTube gamer by the Guinness Book of World Records.

As of late, her YouTube channel Gamer Grandma has over 530,000 subscribers.

But she's not even the only one. By now, a lot of "Skyrim" fans definitely know Shirley Curry, aka "Skyrim Grandma," who also runs a YouTube channel boasting over 980,000 subscribers as of this writing.

Lastly, there was this story of a grandpa making the rounds online that showed him logging an insane 2,000 hours of playtime in "Red Dead Redemption 2."

According to GameRant, this began when Reddit user IndyDrew85 gifted their grandfather a copy of the game and their old Xbox One console.

Gone are the days of gaming being considered "just for kids."

Related: The 5 Best-Selling Gaming Consoles Of All Time, And Why They're Important

The 5 Best-Selling Gaming Consoles Of All Time, And Why They're Important

WATCH! Skyrim Grandma Takes A Break After Internet Trolls Pushed Her To Her Limits