Tesla is saying goodbye to Silicon Valley, but not to California, and hello to Austin, Texas.

Tesla's CEO Elon Musk has announced that the company's headquarters is moving to Austin during an annual shareholder meeting. The state is also where the company's Gigafactory is currently being built.

Musk has clarified that, despite the move of Tesla's headquarters to Texas, the company's activities in California will continue to expand.

Last year, the Tesla CEO threatened to pull Tesla out of California due to Musk disagreeing with the state's stay-at-home policy that was implemented because of the ongoing pandemic.

Tesla Headquarters is Moving to Texas

Tesla's headquarters will be moving from California to Austin, Texas. The announcement was made by the company's CEO, Elon Musk, during an annual shareholder meeting. The Tesla CEO himself has been a Texas resident since last year.

According to a report by The Verge, Elon Musk made it clear that his company "will be continuing to expand our activities in California."

"So this is not a matter of Tesla leaving California," he said during the meeting.

Despite the plans to move the Tesla headquarters to Texas, which The Verge noted is a state where it is illegal to sell cars directly to buyers, the company's electric vehicle factory in Fremont, California, will continue to operate.

Related Article: Elon Musk: Tesla Wants Texas Law to Change, EVs Built in Austin Need to be Sold Outside, Then to Buyers

According to a report by Forbes, the Tesla CEO's relationship with the state of California has been less than stellar as of late.

The report states that "Musk has soured on the state in recent years, most notably after health officials in Alameda County, where the company's Fremont factory is located, set restrictions to protect worker safety and health during the early days of the Covid-19 pandemic in 2020."

The report also notes that "Musk has increasingly bristled at strict rules in California while warming to the appeal of cheaper, less-regulated Texas."

Last year, Elon Musk threatened to pull Tesla out of California because he disagreed with the state's shelter-in-place directive for its citizens. 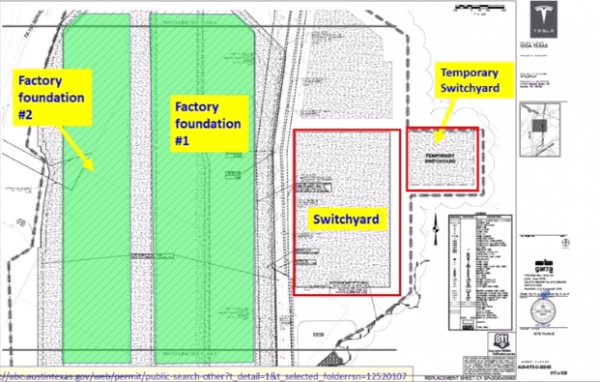 Beyond being the future location of its headquarters, Texas is an important location for Tesla because it is where its next Gigafactory is being built. The company began building its Gigafactory just outside Austin last year.

Elon Musk said early this year that Tesla is planning to hire 10,000 employees for its Gigafactory in Texas. He has also said that a college degree will not be part of the requirements.

Job listings that were posted last year, including listings for job positions related to video games and user interface. Specific examples of related job postings are listing for a video game engineer, rendering engineer for an infotainment software, and software engineers for the user interface.

Also Read: Tesla is Buying More Land in Texas: Could This be a Potential Battery Factory?

Tesla is Buying More Land in Texas: Could This be a Potential Battery Factory?

Elon Musk: Tesla Wants Texas Law to Change, EVs Built in Austin Need to be Sold Outside, Then to Buyers