Kawasaki: All Electric Motorcycles by 2035, But No Releases for Now; EICMA 2021 Milan Reveal?

Kawasaki has announced that it would go fully electric by 2035, and the Japanese vehicle manufacturing company would soon debut a design or concept of its electric motorcycle. However, there are still no announcements or concepts from the company for now, and it lacks any releases for its venture to follow through.

Electric vehicle mobility has been all over the automotive industry, from electric vehicles from Tesla, General Motors, Volkswagen, Rivian, Lordstown, and more, to other vehicles. Some motorcycle companies have already debuted motorcycle EVs, including Harley Davidson and Arc Vector, along with other popular names in the industry. 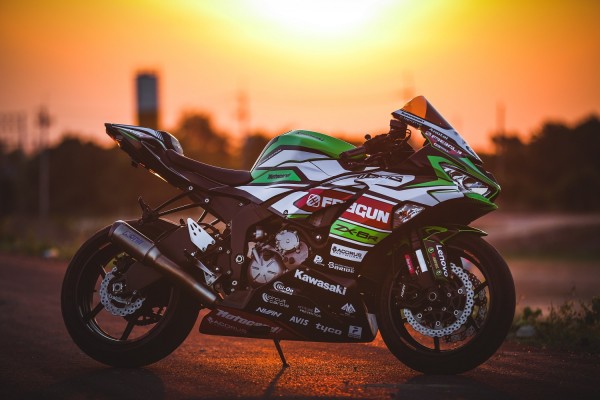 That being said, there is still a lot of room for the motorcycle industry to debut two-wheeled electric vehicles that would be the future of the industry. Electric mobility is and always will be the ideal path to take with regards to saving the environment and having a practical mode of transportation that can still provide fun.

Electrek reports that Kawasaki has already announced its pledge to an all-electric motorcycle lineup but has given itself plenty of time before it commits by 2035. This means that in less than 14 years, Kawasaki would not have any ICEs or internal combustion engine motorcycles on its lineup, soon to be replaced with an electric motor.

For now, Kawasaki has no information with regards to these vehicles or what they would appear. Checking on their current lineup, all people would see are the ICEs with its current lineup of the Ninja, Versys, Vulcan, Concours, Z, and the KLX.

Electric is the Future, Even for Motorcycles

The motorcycle industry is not exempted from the electrification of the country under the law that would focus on the ban of ICE vehicles all around the country and the world. Now, people are beginning the transition, and while it would take until 2030 or later for some, the transition must be made before the time elapses.

First off, the state or government would no longer register ICE vehicles, meaning that they would have no right to be brought to places or be driven around. Next, it might be so that the highway patrol or other regulatory bodies would impose fines upon those that still use gas-powered vehicles in the streets.

This would also apply to motorcycles found in the streets.

Kawasaki to Unveil on EICMA 2021 Milan?

The EICMA 2021 in Milan, Italy, would be held from November 25 until 28, and it would have a variety of releases and revelations from different vehicle companies. However, it is speculated that it would also be the event and place that Kawasaki would unveil their electric motorcycle.

Take note that there are no confirmations with regards to this speculation and that it may not push through.