"Dota 2" TI 10 Main Event has already started. Now, Team Secret has once again proved that it can take on OG after an amazing victory against the popular professional team, with Nisha leading his teammates. 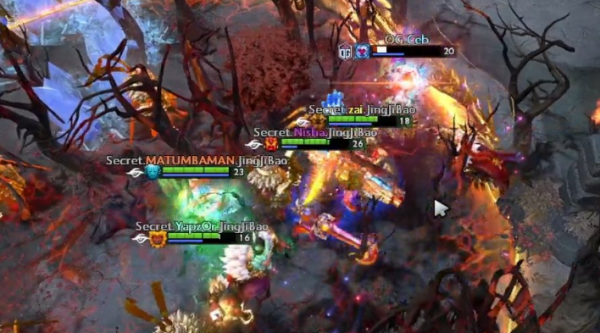 If you missed the fight, here are the active players of OG and Team Secret, as well as their heroes and standings:

As of the moment, both of these teams are still in the upper bracket. However, critics and the commentators of the actual match said that OG still lost in their 2nd game against Team Secret, they would definitely fall down to the lower bracket. Meanwhile, Team Secret's official Twitter account already celebrated their flawless victory against OG.

Zai versus SumaiL. Puppey versus N0tail.

"WHAT JUST HAPPENED," said the victorious captioned in its latest tweet, which already generated more than 2,500 likes in less than one hour.

Some of the "Dota 2" fans in the comment section said that they were screaming during the fight between OG and Team Secret. Although OG lost this round, there's still a high chance that they can win the next one.

As of the moment, other teams would still compete with one another during the Main Event of "Dota 2" The International 10, which is scheduled this Oct. 12 until Oct. 17.

Here are the remaining "Dota 2" matches you should expect, as reported by Dot Esports:

SportsKeeda reported that various critics already shared predictions on the recent match between OG and Team Secret. Based on their bets, Team Secret really has the upper hand.

This is because they said that OG only managed to win against Team Secret 27 times. On the other hand, OG's popular player, Ceb, also had eye surgery. However, he did not confirm if his recent medical operation affected his performance.

As of the moment, a lot of things could still happen in the ongoing "Dota 2" TI10.

For more news updates about "Dota 2" The International 10 and the Main Event's upcoming matches, always keep your tabs open here at TechTimes.