Tesla delivery cost-cutting is now the main focus of the top EV maker. Elon Musk announced this in an email he sent to his employees. 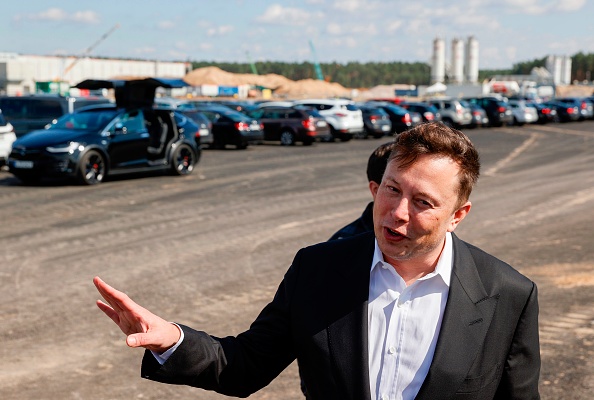 (Photo : Photo by ODD ANDERSEN/AFP via Getty Images)
Tesla CEO Elon Musk talks to media as he arrives to visit the construction site of the future US electric car giant Tesla, on September 03, 2020 in Gruenheide near Berlin. - Tesla builds a compound at the site in Gruenheide in Brandenburg for its first European "Gigafactory" near Berlin. (Photo by Odd ANDERSEN / AFP)

Related Article: Elon Musk Reacts on Tesla Critics as They Ask for Discussions About Giga Berlin and its Environmental Effect

For those who don't know what cost-cutting is, this activity of the company focuses on reducing the money that a company spends while increasing its profit.

This means Tesla would reduce the excess fees they pay when delivering the EV models consumers ordered. Right now, the giant automaker has been making drastic improvements in its electric cars and other products.

Recently, the company enhanced its Tesla FSD so that it could collect camera videos, which could be essential when there are accidents.

On the other hand, Tesla sealed another client for its Megapack Battery Seal.

According to CNBC's latest report, the popular CEO is now urging its employees to find different ways on how to reduce the cost of EV deliveries before 2021 ends. 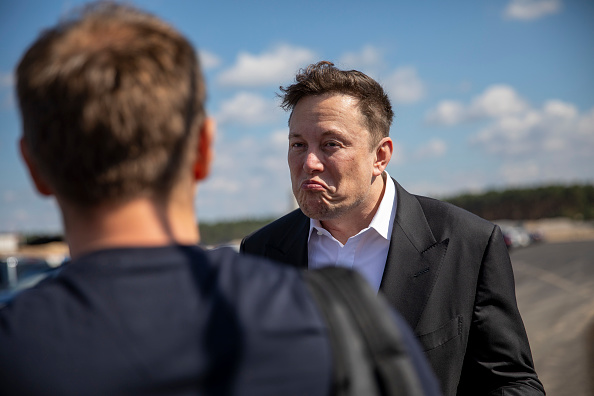 (Photo : Photo by Maja Hitij/Getty Images)
Tesla head Elon Musk talks to one visitor as he arrives to to have a look at the construction site of the new Tesla Gigafactory near Berlin on September 03, 2020 near Gruenheide, Germany. Musk is currently in Germany where he met with vaccine maker CureVac on Tuesday, with which Tesla has a cooperation to build devices for producing RNA vaccines, as well as German Economy Minister Peter Altmaier yesterday.

The Business Insider reported that in 2019, the giant automaker announced that it purchased its own auto-hauling trucking capacity to improve its delivery efficiency further.

However, since the ongoing COVID-19 global pandemic is still affecting logistics, there are still some delivery issues that the company is suffering from.

Elon Musk even described the problem as "logistics hell." This is why the billionaire announced what the company has to do now.

Right now, the delivery cost-cutting activities of Tesla could affect some consumers. These include delayed arrival and other problems. If you already purchased a Tesla, which is set to arrive in December or this coming January, the best thing you can do is wait for the company's further announcements before making any conclusion.

Musk released a new memo via email to explain why he urges his employees to reduce delivery costs.

"In effect, looked at over a six month period, we won't have delivered any extra cars but we will have spent a lot of money and burned ourselves out to accelerate deliveries in the last two weeks of each quarter," said the billionaire.

If you want to see more details of the email message, you can visit this link.