Honor 60 Leaked to Have Same Camera with 50-Series--Downgrade Instead of Upgrade?

Honor smartphones are still thriving under its parent firm Huawei, despite its plans of releasing flagship products.

Over the past months, many leaks pointed to the Honor 50 and 50 Pro lineup, but the latest news revealed some interesting information about the upcoming Honor 60. The lineup is slated to be a part of China's event on Wednesday, Dec. 1.

According to the tipster, the most noticeable feature for the approaching flagship is the similar set of cameras that we saw on the Honor 50 series. On top of that, here are the rest of the features that we could see for this smartphone. 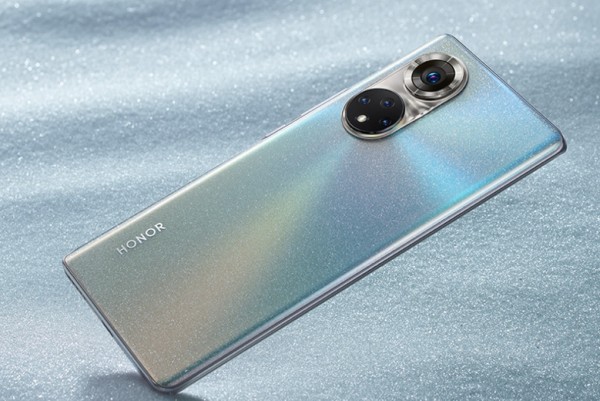 (Photo : Honor)
Honor 60 Leaked to Have Same Camera with 50-Series--Downgrade Instead of Upgrade?

Back in June, Tech Times wrote a report about Honor 50 and 50 Pro phones which would adopt Google App support for this year. These two smartphones are the first of their kind to use Qualcomm chips and Google PlayStore.

Months later, another series of leaks came out, but this time on the successor smartphone: Honor 60. According to Slash Gear, this flagship device closely resembled the previous models, especially on the inside components.

At first glance, the most conspicuous upgrade for the Hono 60 lineup would be its 6.67-inch OLED screen. Somehow, it has similarities with the Honor 50 series, especially with the addition of the alleged Snapdragon 778+5G chipset.

For its storage, the flagship device sports 126GB RAM and 256GB internal storage, which is also available for predecessor smartphones. The upcoming product will be released with Android 11 and MagicUI 5.0.

The smartphone is expected to have four color options, including Starry Sky Blue, Jade Green, Juliet, and Bright Black. It will also boast a 66W fast-charging capability for its 4,800 mAh battery.

Honor 60 Camera is a Downgrade

GSM Arena wrote in a separate story that Honor 60 would feature a 108MP main camera. Somehow, this feature could be considered as an actual downgrade since it only retains the previous Honor 50 specification.

On top of the 108MP main cam, there would be a 2MP f/2/4 depth sensor and an 8MP f/2.0 ultra-wide sensor. Honor will now remove the 2MP macro cam since the other options have more useful purposes in the first place.

While the leak only discussed some details about Honor 60, it did not reveal any information about the Honor 60 Pro. We could expect more official news when they arrive in China on Dec.1.

Earlier this week, we reported that OPPO is allegedly developing its first foldable flagship product, which is dubbed as Find N 5G. The leaked smartphone is inspired by Xiaomi 11 Ultra when it comes to the preview display.

This time, Oppo could ditch launching mid-range devices since it would go for the high-spec smartphones. The rumor suggested that it would feature a 120Hz refresh rate and 2K resolution.

Apart from that, its OLED screen could be around 7.8 to 8 inches in size.