Microsoft Exchange did not have a good start for its New Year, as the popular email service from Redmond faced the Y2K22 bug that prevented people from accessing its inbox. People thought it was initially their connection but eventually came to a point where they realized that it was the service all along, with Microsoft immediately coming up with a solution to it. 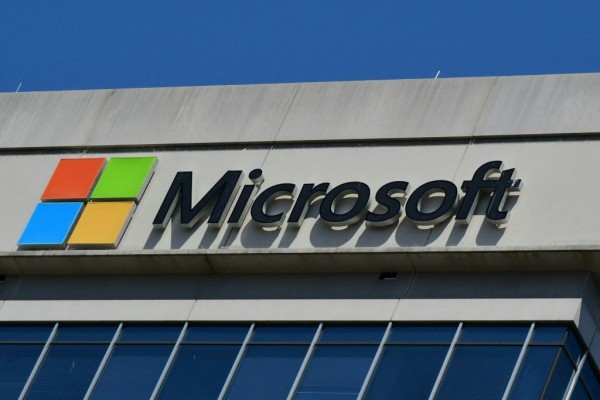 (Photo : by EVA HAMBACH/AFP via Getty Images)
A Microsoft logo adorns a building in Chevy Chase, Maryland on May 19, 2021. - Microsoft said it is retiring Internet Explorer, the browser it created more than 25 years and which is now largely abandoned as people instead use competitors like Google's Chrome or Apple's Safari.

Corporate emails are a massive thing all year long, and after the holidays, people expect a blast from it as they prepare to get back to work the following week after the festivities. However, if finding it inaccessible, what are people to do?

The Verge reported that there were complaints about the service, and it pushed people to question its use, especially as it showed no mails in the app. It is a massive corporate mess to see Microsoft Exchange lose its email functions and reflect no messages in the inbox.

The perpetrator is a bug called Y2K22, and it is the criminal behind the missing emails.

Read Also: Xbox Is Expected To Have A Successful 2022 With Exclusives, Game Pass

Bleeping Computer said that the Microsoft Exchange bug already saw a fix from the company, and people should be getting access to said emails now. The fix by Microsoft came in a jiffy, which ensures that everything left behind is still there and is not lost to the problem.

People should see and reflect on the emails now, despite not everyone being in work mode already.

Microsoft's Many Challenges in 2021

Microsoft aims to have a fruitful New Year, as is what anyone in the world hopes for at the start of January 2022. The company is known for launching one of its major players in the industry, and it is the arrival of Windows 11. The software first came to launching last June, and it brought the popular operating system to the public for download by October.

Of course, it did not come without challenges for the Redmond giant, especially as it saw a comparison to older versions of the OS, with some saying that it was essentially the Windows 10 only. However, a lot changed for Microsoft's OS, and the company proves it with the many offers it brings, especially the arrival of Android apps for 2022.

2021 is a massive year for Microsoft, yet it brought them a lot to deal with as the most valuable tech company of the last year.

The company also faced the wrath of the pandemic, not to mention the second year it faced the plague of the virus. Nevertheless, Exchange's email fiasco only shows that the company is here to provide an assist to fix its servers and get right back to business this 2022.