Apple WWDC's keynote on Monday, June 7, disclosed the possible added feature for iOS 15. The Cupertino titan is set to launch a digital car keys support to Wallet which was previously announced by Google during the Google I/O 2021. Later this fall, we could expect that those Apple drivers could now meet the newest transition of the automotive system.

Support for Digital Car Keys On the Way to iOs 15 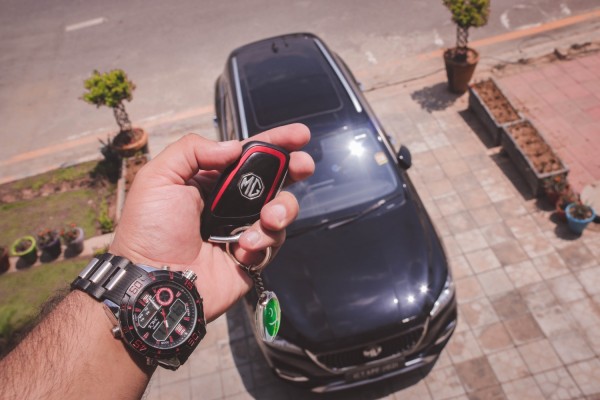 Apple's iOS 15 has been receiving a series of improvements as we head to another week from the onset of the developer's conference. Last 2020, the tech giant hinted that it would be releasing supplemental developments to address the need for digital car keys among users.

The new upgrades will be seen in the Apple Wallet's iOS 15 which would help the drivers to link their cars to their iPhones through the UWB. Similarly, the support has managed to come out in the previous Google I/O meeting that the California-based firm conducted last May, Mashable reported.

During the conference, Google said that the added support for digital car keys (through NFC or UWB) will be dependent on the particular car model in Android 12.

At the moment, the two companies have been reliant on the use of NFC and UWB, the two techniques which would enable the digital car keys support. However, both also have drawbacks that Google and Apple have considered.

For instance, NFC provides a shorter range compared to its counterpart. In short, the user should be nearby his/her car to activate the feature--or the driver should be situated on a specific spot before he/she unlocks the vehicle's door.

NFC is still more viable in terms of usage since it is more budget-friendly for Android smartphone users compared to those who use UWB. People could quickly adopt the transition of changing their physical keys into digital car keys through this feature.

On the other hand, UWB has a longer reach (could reach over 100 feet) which means that users could immediately activate the feature even though he/she is far from the car given that there are no obstacles in the vehicle's sight. However, while it is more high-tech than Android's feature, people would first need to upgrade their old phones to utilize it.

What Devices Could Support UWB and NFC for Android and Apple Users?

According to Gizmodo's report, Android smartphone users could embrace the digital car key support when they are utilizing Galaxy S21 Ultra and Galaxy S21+. However, you cannot adopt the feature if you are only using the standard S21. The South Korean electronics company chose to exclude its UWB support to maintain the low price of its smartphone.

Furthermore, Google could also add the support for Pixel 6, while Apple will be transitioning its UWB adoption for iPhone 11. For those who have an outdated iPhone model like iPhone XS or older versions, you could not use the digital car key support in your vehicle.

What these companies did was a greater improvement in the field of car technology. Now that many people are purchasing electric vehicles from Tesla and other firms, the support for this feature could be amazingly recognized.

Modern technology has really brought convenience to our lives. The coming of digital car keys might be the next-gen solution to the hassle-full key sticking, however, there is still a disadvantage of using it.

If your smartphone is lost, you could not use it. It's even worse since you cannot contact someone who could help you with your problem. Your phone access is one of your necessities and when things do not go according to your plan, heavy consequences could potentially come next.

iOS 15 at first glance looks promising for a software update. Apple has been coordinating the automakers to expand its support for the digital car keys which would become a high leap for the 21st technology.