NASA: Martian Rock Samples From Perseverance Rover Could Hint on Possible Life Forms in the Past

Martian rock sample collection has posed some challenges to the scientists who want to retrieve an important subject.

More than amassing an ancient rock, there is another discovery that it could unveil: the potential presence of past life forms in the red planet, as NASA said. 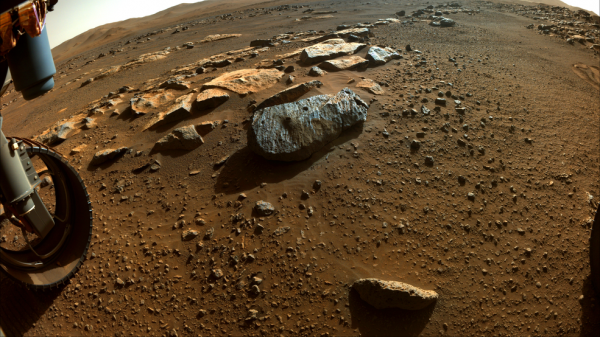 As per NASA scientists, the collection of the Martian rock samples could mean that there were life forms that once lived on the red planet.

In an official statement released by NASA on Friday, Sept. 10, Caltech's Ken Farley, the project scientist behind the Perseverance rover said that the rock samples revealed a "potentially habitable sustained environment."

"It's a big deal that the water was there for a long time," Farley added.

Upon the collection of the needed samples, the researchers immediately dived into the investigation of the water on the planet.

They wondered if the groundwater has been existing for a long time which, could mean that a possible microbial life is there.

However, there was an early problem that the Perseverance rover encountered, which led to its first failed attempt.

Following the commotion on the previous rock sample collection, NASA managed to drill the first core sample from the "Rochette" rock.

After the accomplished mission of obtaining the Martian rock samples, the scientists carried out the second sampling test.

Based on their analysis, the "Rochette" sample is volcanic in nature.

While NASA has already seen many signs of ancient habitats on the planet, the Perseverance rover still aims to find more clues that complete the puzzle.

The space agency planned to deliver the samples to the Earth in 2030 in its return mission. At the moment, scientists are gathering information about the history of the Jezero crater.

According to an updated report by CNET, one of the important findings that scientists witnessed in "Rochette" is the presence of salts.

NASA said that the salt minerals were present in the first two Martian rock samples. There is a possibility that these components could have clogged the ancient water on Mars.

Under the close study, the researchers could provide more in-depth findings of Mars' past climate and regions.

As the Perseverance rover continues to venture across the red planet, the experts have a question in their minds. It could mean that the key to answering ancient Martian life is through searching more about the Jezero Crater.