‘GTA Trilogy’ Rumors to Get New Music from Dr. Dre for its Remastered Release for December

The "Grand Theft Auto Trilogy" is rumored to have new music coming, and it would be from none other than legendary producer, audio engineer, and rapper Dr. Dre. There have been wild rumors flying around, and the release of the game this December will be curated with new music from the D.R.E., bringing a fresh and updated playlist to the game. 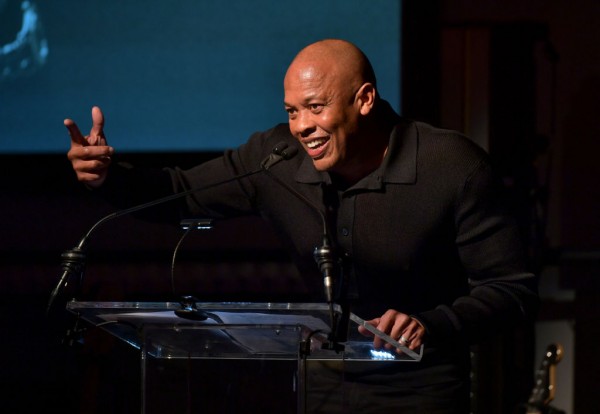 Here, the leaker has also highlighted the Instagram post of the fan, where he has answered that Dr. Dre was in the area to create new music for the "GTA Trilogy" that is coming this December.

That alone says enough about the involvement of the Aftermath Entertainment CEO who is now pairing up with Rockstar Games to bring a new soundtrack to the trilogy. The trilogy would also be a culmination of all the best of "GTA," meaning that this release is massive and important for the developers.

'GTA Trilogy': How About Old Tracklist?

It is important to note that these games all have masterfully curated music on their library that plays over several parts of the game and of course, on the car radio. The music stems from hip-hop to rap and crosses over to rock, soft rock, alternative, indie, and pop.

While some in-game tunes are to be retained, there would be space that is intended for Dr. Dre's new music that would be produced for the trilogy. However, it remains unknown what these titles would be, and other artists that would be involved in the project.

'GTA Trilogy' Music: What to Expect?

For now, the project remains highly confidential, as it is not yet confirmed whether Dr. Dre would be making new music and joining the team of Rockstar Games to deliver on "Grand Theft Auto Trilogy."

The game is known for its visual remastering for the modern consoles, including that of the PlayStation 5, Xbox Series X, and the Nintendo Switch.